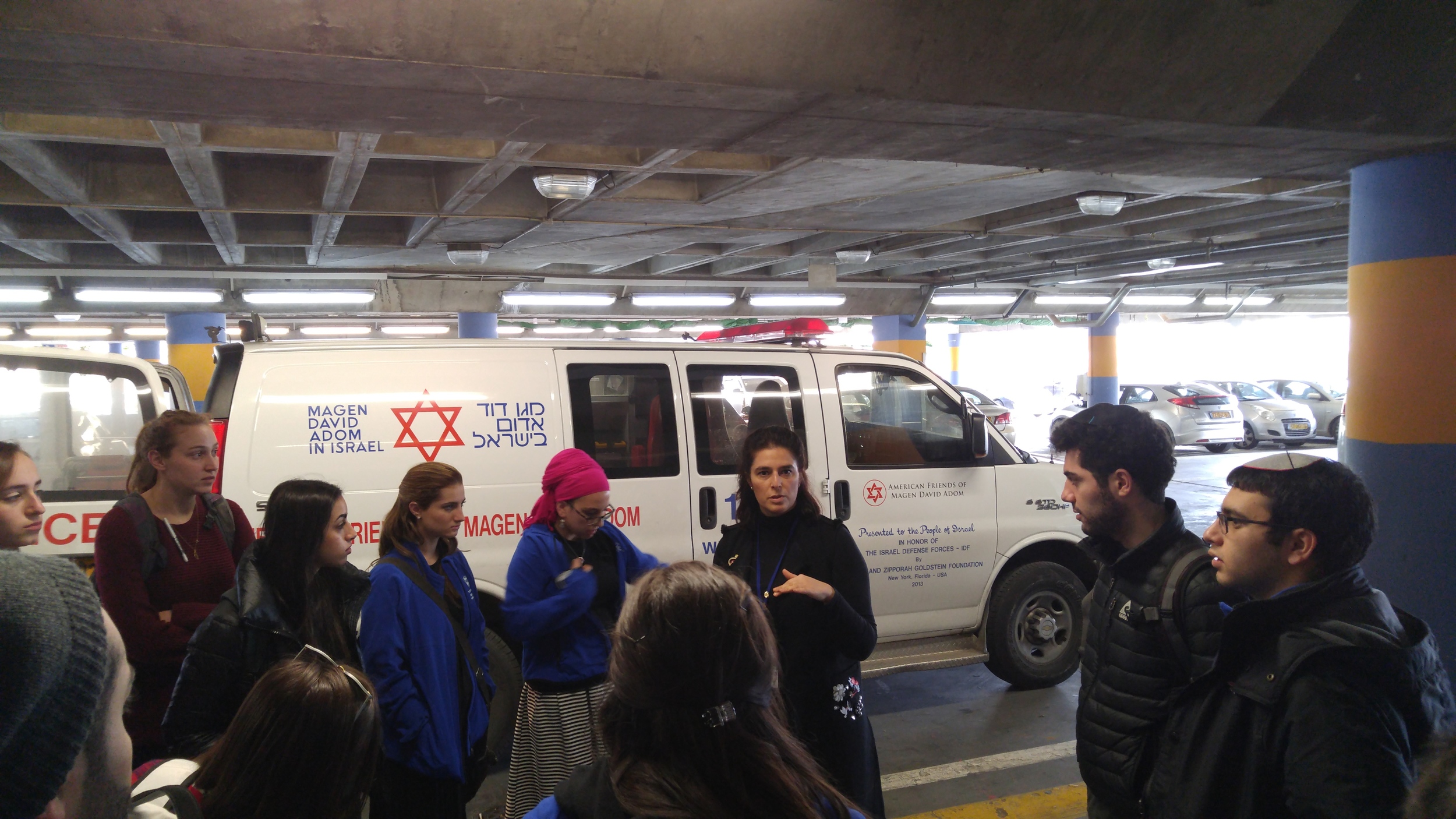 Our social media feeds are clogged with news of terror attacks. One person is killed, another injured. We shed a tear during an Internet recap of the funeral. Then we forget and move on.

“In the U.S., after the Boston [Marathon] bombing [in 2013], people watched the news, but then they just went back to their daily lives. For them, life goes back to normal,” says Sarri Singer, founder and director of Strength to Strength, a non-profit organization that brings bereaved family members and victims of terror from around the world together to heal. “Most people don’t understand what is going on in the global world of terrorism.”

Singer would know. A survivor of the bombing on the No. 14 bus in Jerusalem on June 11, 2003, she has dealt with her share of personal trauma. Nearly 13 years later, she still poignantly recalls the scene of an 18-year-old Palestinian terrorist boarding the bus she was riding and detonating a bomb near her, killing 16 people and injuring more than 100. Singer was sitting by the window in the last row of the first section of seats.

Singer suffered from shrapnel wounds. Her ear drums were blown out. Her face, hair, and legs were burnt and bruised.

During her period of recovery, it was victims of terror she had met while volunteering previously with OneFamily and The Koby Mandell Foundation that were most helpful in getting her through the pain. But it was also the Jewish community that made a difference—including some total strangers who offered love and support.

“A lot of hospital staff came to visit, people who read about me. I never turned anyone away,” recalls Singer. “I just remember thinking how amazing it was that people who didn’t even know me were trying to be supportive.”

When Singer returned to her apartment, she had hundreds of get-well cards from people around the country. She wrote thank you notes for each one.

“People don’t realize the notes, the messages, they are also part of the healing process,” Singer says. “We need people to stand with us and support us so we are not forgotten.…It is the survivors that live with the long-term impact of what has happened to them.…We need to recognize and validate what they have gone through.”

That spirit embodied a Jan. 17-24 mission to Israel by students from Yeshiva University (YU) and its affiliate for women, Stern College. Rabbi Kenneth Brander, vice president for university and community life at YU, says the mission was meant to show solidarity with the people of Israel during a difficult time. The design of the mission allowed students to learn about the challenges Israeli citizens are facing. They met with victims of terror; engaged with first responders from emergency service groups; dialogued with lone soldiers; paid a shiva call to the family of slain mother of six Dafna Meir; and learned from leaders such as Rabbanit Chana Henkin, whose son and daughter-in-law were murdered by Palestinian terrorists in October 2015.

For the students, the experience was transformational.

Prior to traveling, YU junior Shlomo Anapolle, head of the student body’s Israel Club, played a major role in planning a community vigil/sing-along in New York City’s Times Square last November, on the 30th day following the death of Eitam and Na’ama Henkin. More than 1,500 people attended the sweepingly emotional ceremony. But Anapolle says that while one felt the “power of all these Jews coming together and saying we are above hatred and terror” that day, he had no idea how much more the recent Israel mission would drive home the message that “our fates are all intertwined.”

“I do a lot of sharing on social media so people know what’s going on in Israel. I pray—but I see that the best solidarity is coming to Israel,” says Anapolle.

“The most powerful experience of the whole week was going to home of Dafna Meir. We walked in to right where she was murdered and we went and sat down with the family. Hearing about how great she was, and about how all the Jews of Israel are uniting behind her and coming together in the face of terror—it is such a powerful message,” he adds.

Similarly, Stern College junior Riki Engel says she would sometimes feel guilty in the U.S., knowing her brothers and sisters in Israel were in great danger just by taking the bus or walking on the side of the road, while she was safe in New York.

“It’s hard to keep my emotions in check and tell myself it’s okay to be safe in school, doing my homework, while Jews are protecting their children 6,000 miles away,” says Engel. “There’s a huge difference between seeing and hearing terror victims via social media and experiencing their pain in a personal way.…[The mission] made the terror so much more real and tangible, and it felt like I was a part of the victims’ pain in a whole new way.”

YU’s Brander says he is hearing from students that the mission also served to remind the students of the importance of “the positive outlook we need to have on life and what our priorities need to be.”

Sarri Singer adds, “I had no control over what happened that day, only over how I move forward….If we can come together and together move forward in our lives, that is the best defense against the hate we experienced.”

‘Young Ambassadors’ from Israel and worldwide convene to cope with terror

By Maayan Jaffe-Hoffman/JNS.org For Americans, it has been the Oklahoma City bombing, the 9/11 attacks,…

US Victims Of Palestinian Terrorism Testify Before Congress

Several victims of Palestinian terrorism testified before congress Tuesday, hoping to shed light on the…

Recent Posts
Book Your Next Event Today!
GET IN TOUCH
Copyright Sarri Singer - All Rights Reserved
Site Design by Aje Digital
Back To Top